The 15 most beautiful airports in the world

In the world’s most beautiful airports, imagination takes flight. From a 1.5 kilometre long tunnel that looks like the manta ray fish found off the coast of China, to copper plate building exteriors inspired by the cliffs of New Zealand folklore, these airport buildings are architectural masterpieces that inspire travel. 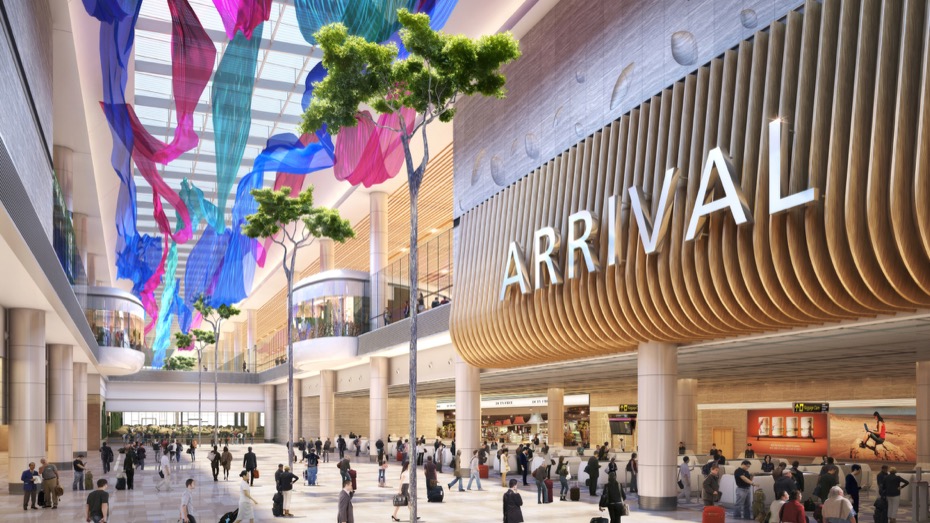 Changi, Singapore
With eight gardens in three of its terminals, walking through Changi Airport gives passengers a calming effect. Changi International Airport has won the world’s best airports for multiple years and has been an important part of the country’s identity.

The airport is a small city in itself, with free Wi-Fi, spas, swimming pools, a 24-hour medical centre, a movie theater, butterfly garden, a video game area, kid’s play zones and free layover tours to the city. 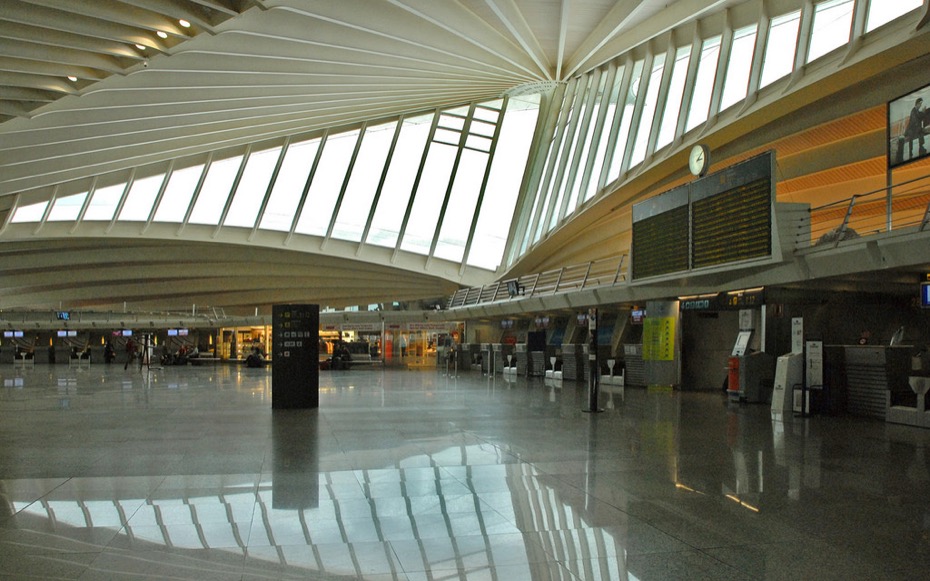 Designed by Spanish  architect Santiago Calatrava, Bilbao's main airport terminal is known as "the dove" and it is a stunner. The terminal is created with a combination of concrete and glass, with a white luminous space. The slanted curves in the ceiling allow light to stream through. 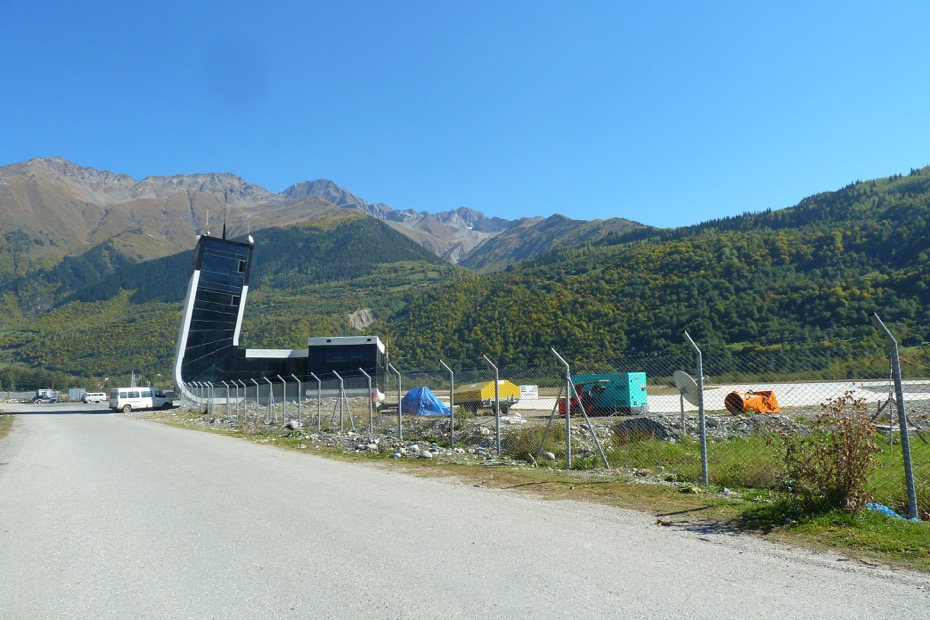 Measuring only 2,700 square feet, Queen Tamar Airport, looks like a spaceship that has just landed. Designed and built in only three months, the black and white Queen Tamar Airport, is located at Georgia's medieval town of Mestia., a Unesco World Heritage Site no less. 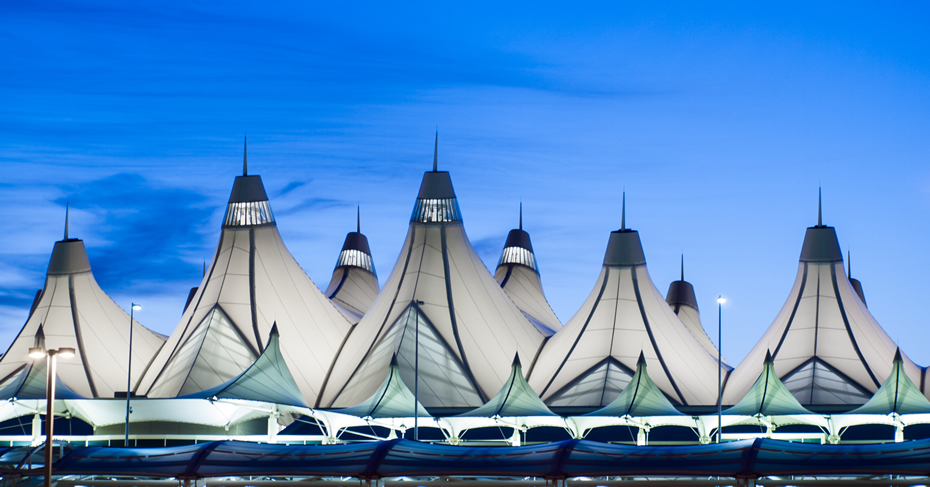 Denver International Airport is the largest airport in the United States. The terminal’s sculptured roof mimics the rugged, snow-capped Rocky Mountains that is Colorado’s  icon. The fabric roof provides considerable daylight while reducing heat absorption. When it was built in 1995, it became a symbol as much as a gateway during a time when airports were still seen as a utilitarian buildings to process passports. 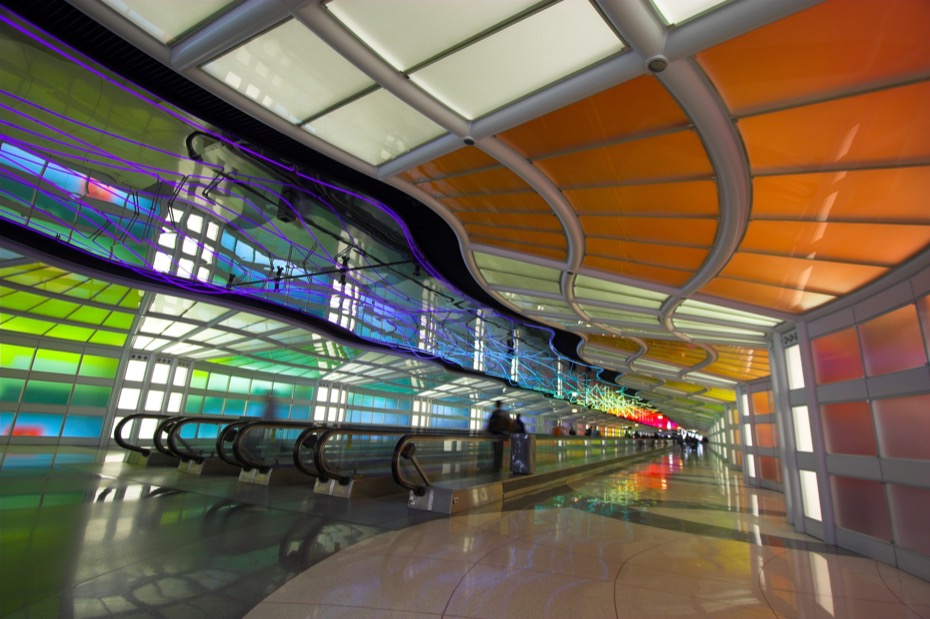 Originally known as Orchard Place and home to a railroad depot, O’Hare International Airport ranks as one of the world’s second-busiest airports. It is filled with breathtakingly eccentric touches including a neon coloured underground walkway designed by Helmut Jahn in 1987. 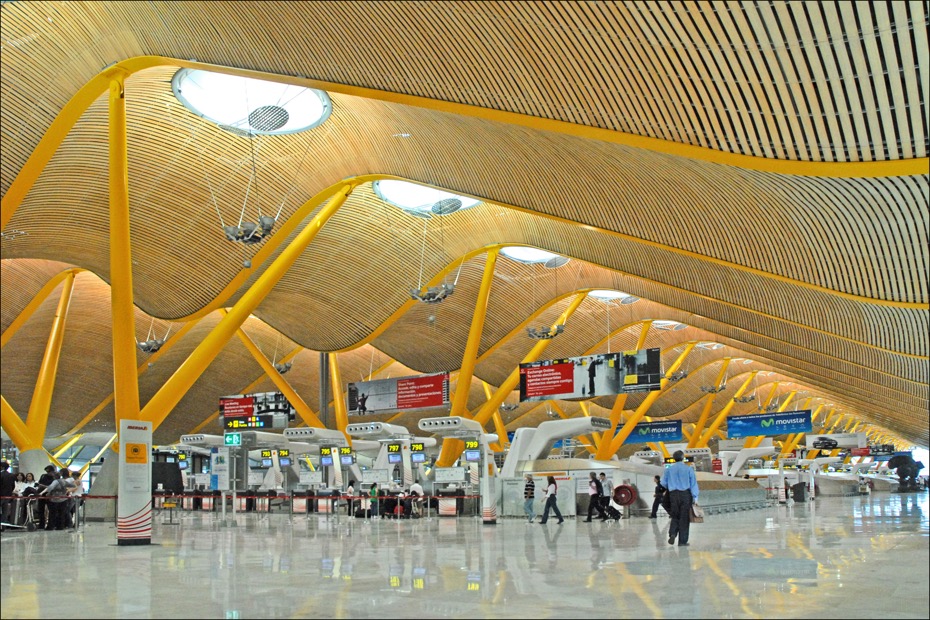 The terminal 4 building which opened in 2006, uses bamboo, creating a calm atmosphere for passengers. The roof is aligned with large windows to allow natural light to enter.

Jordan's main and largest airport is an architectural marvel. Built in 2013 by architecture firm Foster + Partners, the dramatic dome terminal at Queen Alia International Airport is an undulating wonder. The structure is crowned by a canopy of 127 concrete domes, inspired by local traditional Bedouin tents. 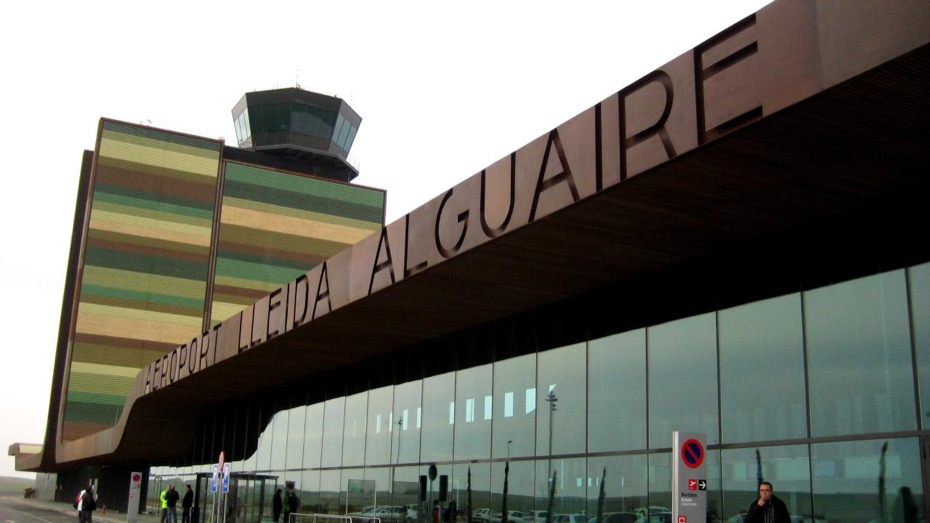 Lleida-Alguaire airport’s control tower is 41 metres high and is joined to the terminal building, which is covered in metal plates of green, olive and brown colours. Created before the 2008, financial crisis, the airport had a budget of 130 million euros and was designed to process over 400,000 passengers a year but it now sees fewer than 40,000 each year. 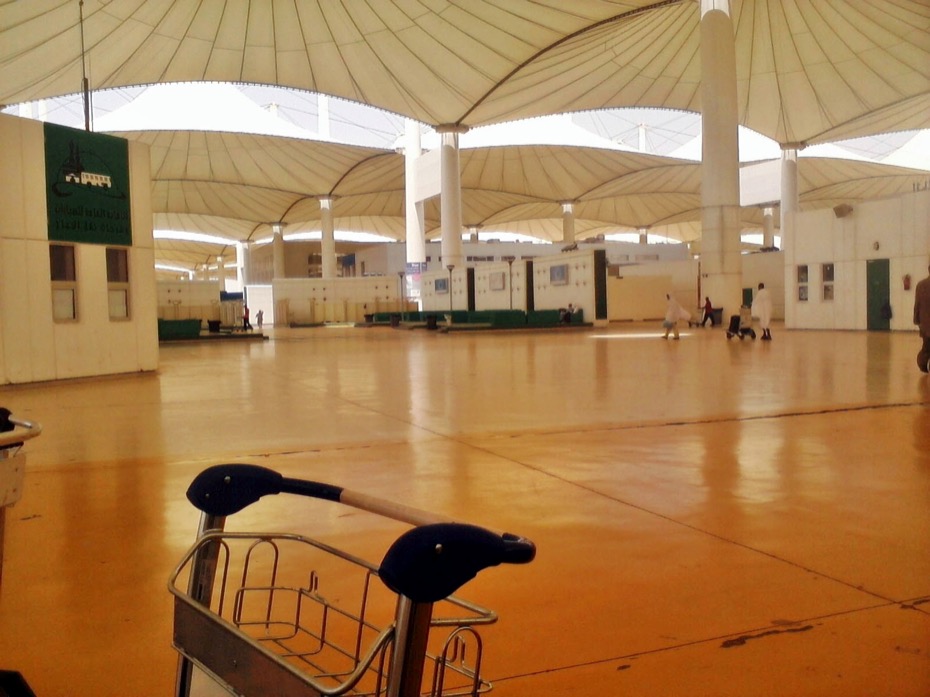 An array of massive tent-like structures, resembling Bedouin dwellings line up to form a mesmerizing airport that is used only for six weeks of each year when more than a million Muslims flying into Jeddah before being transferred by road to Mecca during the annual Hajj pilgrimage.

The tents, which are made from white Teflon-coated glass fibre, are held up by 45-metre long steel poles. The roofs serve as a sunshade and beneath is an open space of almost 500,000 square metres, designed to accommodate 80,000 passengers. 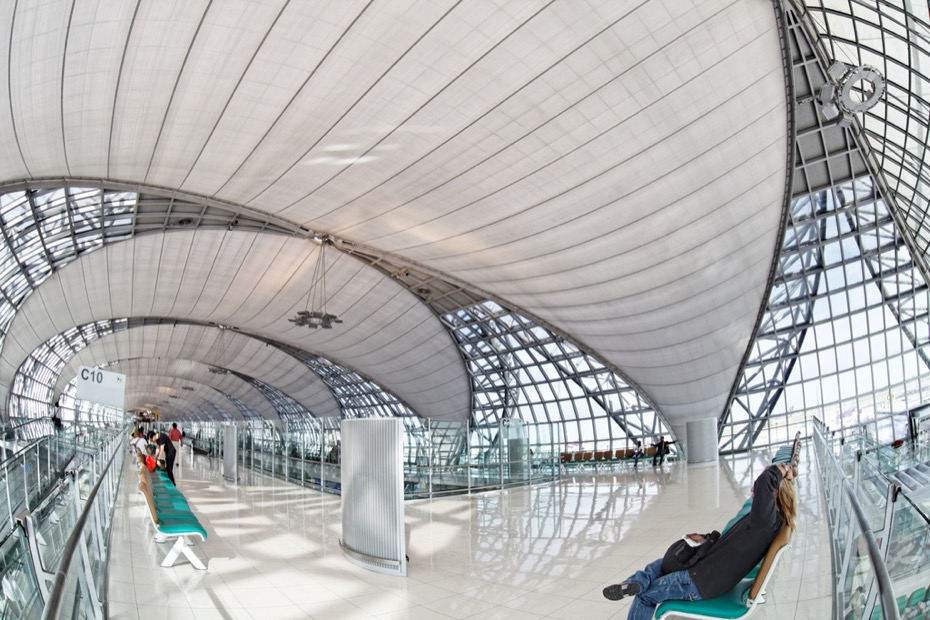 Located 24 kilometres east of Bangkok, this sleek airport is a masterpiece of interdisciplinary work between architects and engineers.

Suvarnabhumi Airport's main terminal roof is designed with structural elements and bays placed in a wavelike form to appear to "float" over the concourse beneath, an homage to the stretch of land that was once a rice field. In order to minimize energy usage, giant roof trellis to shade the terminal from the intense tropical sun. The result is a stunning 563,000 square meter passenger terminal that maximizes daylight and comfort. 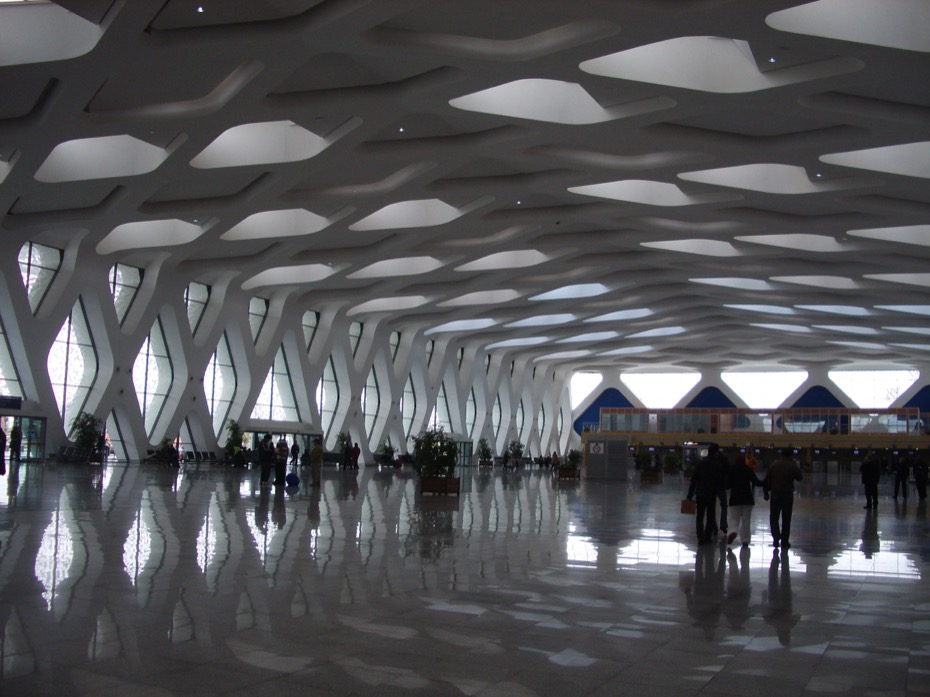 With over three million passengers yearly, the international airport of Marrakech is one of the largest and busiest in Morocco, with international flights serving many European cities as well as domestic flights.

The terminal’s ceiling is a steel structure clad in aluminium. Its windows, which imitate the designs of mosaics found in traditional Islamic architecture, allow for plenty of natural light. The windows also serve another purpose: instead of being made of glass, they are pyramids made of photovoltaic modules – and help to generate power. 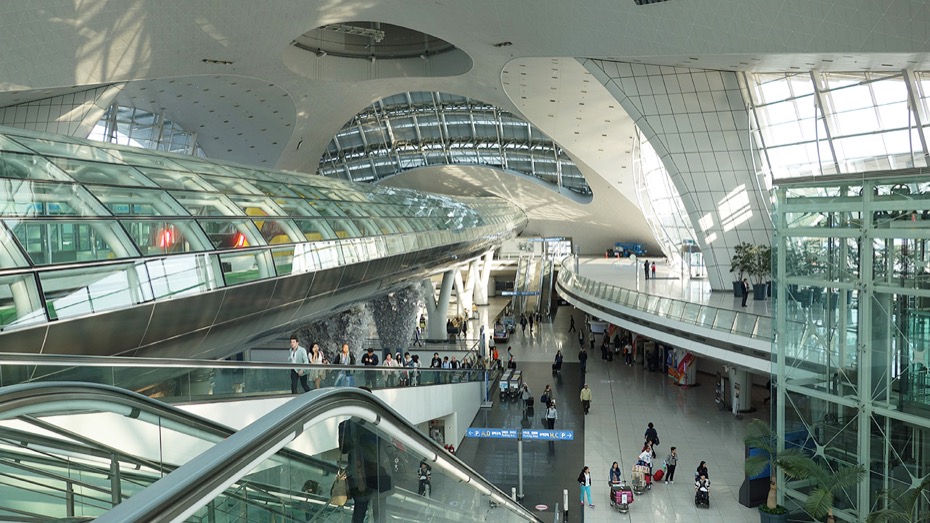 Opened in 2002, Incheon International Airport is the ninth largest passenger airport terminal in the world. It was created by Curtis Fentress who recreated parts of Korean cultural architecture, with its dramatic sweeping rooflines that mimic ancient Korean temples and traditional Korean indoor gardens. The giant 30-acre terminal site has a light-filtering ceiling canopy, which allows natural daylight to pour in.

A stunning falcon shaped building spread its wings at Turkmenistan’s capital city, Ashgabat when it was officially opened in September.

Constructed by Turkish construction company Polimeks, the design of the $2.3 billion USD terminal complex was inspired by Oguz Khan and the falcon, which is one of the national symbols of Turkmenistan.

Inside, the bird-shaped complex is just as impressive, consisting of 266 buildings on 12 million square meters, including runways, taxi ways and aprons. It promises to process up to with capacity for 14 million domestic and international passengers per year. 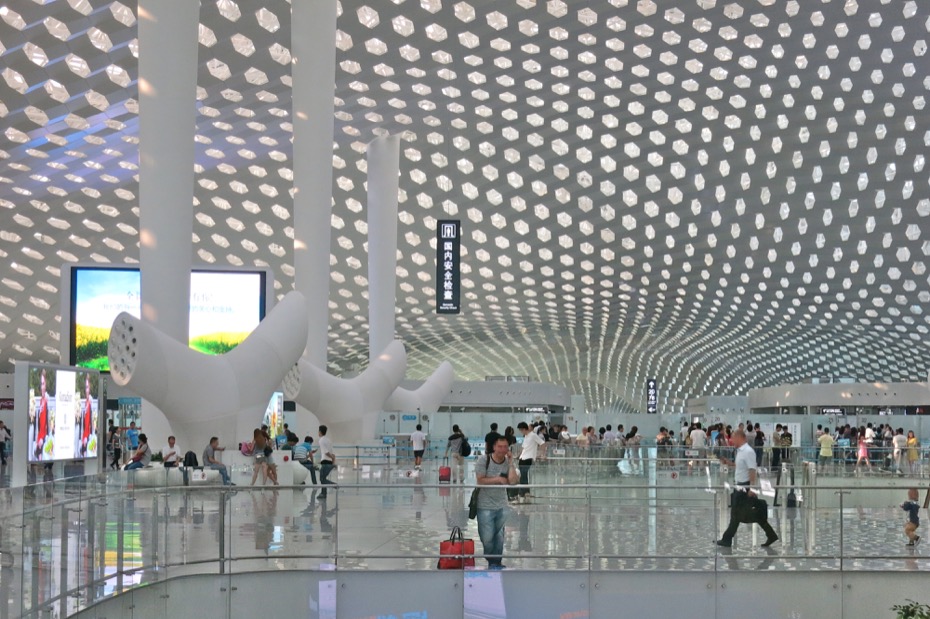 Thousands of hexagonal skylights bring natural light into Shenzhen Bao’an International Airport’s latest terminal, which was completed in 2013. Designed by renowned Italian architects Massimiliano and Doriana Fuksas, Terminal 3 doubles the capacity of the existing airport and facilitates up to 45 million passengers per year.

The 1500 square foot terminal looks more like a sculpture, evoking the image of a manta ray, complete with a honeycomb motif skin that wraps the structure. At 1.5 km long, with roof spans up to 240 feet, honeycomb shaped metal and glass panels punctuate the facade of the terminal allowing natural light to filter through. 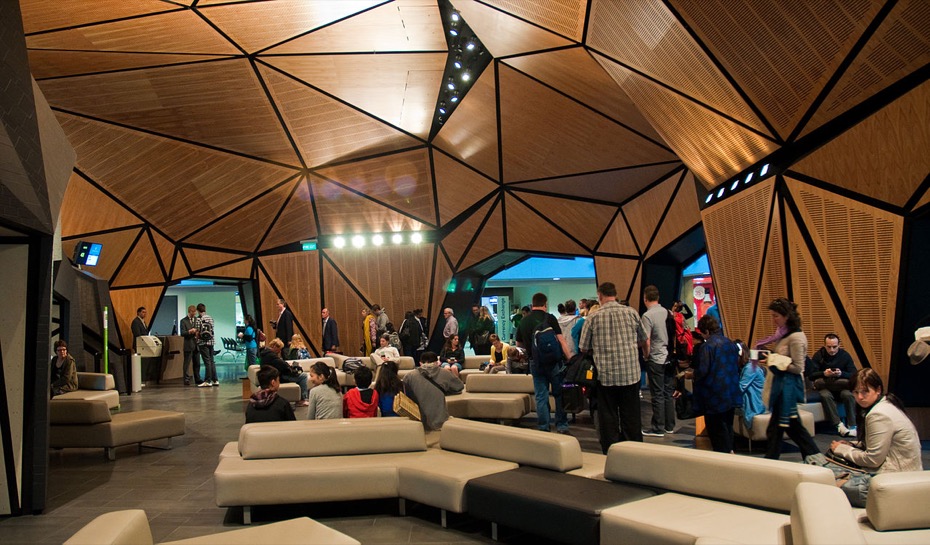 Nicknamed “The Rock”, Wellington International Airport’s expansion project was inspired by the local legend of sea monsters Ngake and Whataitai, whose adventures created the unique rugged shore and landscape of Wellington. The external facade of the airport is designed to look like cliffs, drawing inspiration from the environmental and mythological past of Wellington’s south coast.

Inside, the lounge area is encased in a mesmerizing mosaic of wooden panels, while glass fissures on the roof pool bring light into the building.

Since its completion in 2010, the new addition has more than doubled the space in the departure lounge and allows the airport to process up to 1,000 passengers per hour.